Spa Day For A Tanager

Every birder has at least one nemesis bird, a species that they've either chased and been unable to find, or have not gotten clear views of. I've got several of those, but one notable species that stood out was the scarlet tanager. It's not an uncommon bird in Michigan in the summer, and I've actually seen them all over the place. I think my first look at one was on a bus tour in the Kirtland Warbler Management Area in NE Michigan during the Tawas Point Birding Festival way back in 2011 (I think). It was distant but utterly stunning, that bright red bird bopping through the tree tops in an oak savannah. I've seen them in Michigan's "thumb" at the Sanilac Petroglyphs. I've seen them in the mulberry tree at our last house in Pinckney, in the woods, along roads--heck, even here along the lake shore. But I had NEVER managed to get a decent photo of one. Either they were gone by the time I got my camera, they were a million miles away, obscured my something, or my camera settings were off.
But finally this year we had one show up at our feeders. I looked out the window and there it was, sitting on the suet feeder. It flew to a nearby oak and just SAT. I got great photos and the curse was finally broken.
Fast forward a couple weeks and we are having dinner. My seat at the table allows for a view across the living room and out the door to the deck. It had been hot, we were in the midst of a year-long drought, and our oaks had been decimated by gypsy moth larvae. It was recommended that we water the trees to help them recover, so I'd been running a hose to water the two trees the deck is built around. Movement caught my eye and I looked up to see the tanager, in full sunlight, bathing in a thin puddle on one of the deck boards. OMG. I got a couple quick shots through the window. 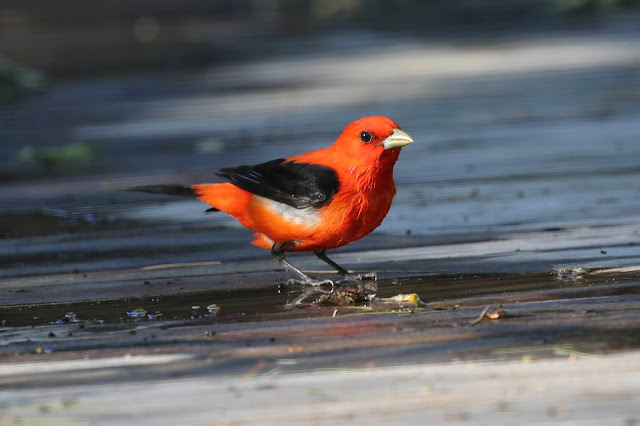 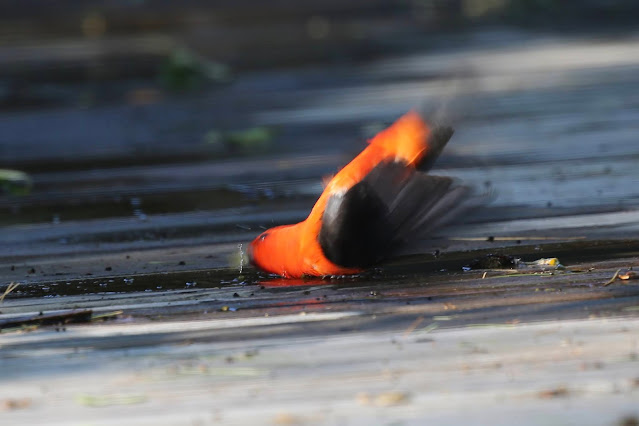 At this point the hose was off but I wanted to give him more water to bathe in. He had hopped farther down the deck, so I grabbed snuck out the side door, careful not to spook him. I inched over to the shutoff and turned the water back on, then hunkered down next to the hose caddy to wait.
The sound of running water got his attention and he hopped over to investigate. He perched on the hose and eyed the water streaming out of the end. 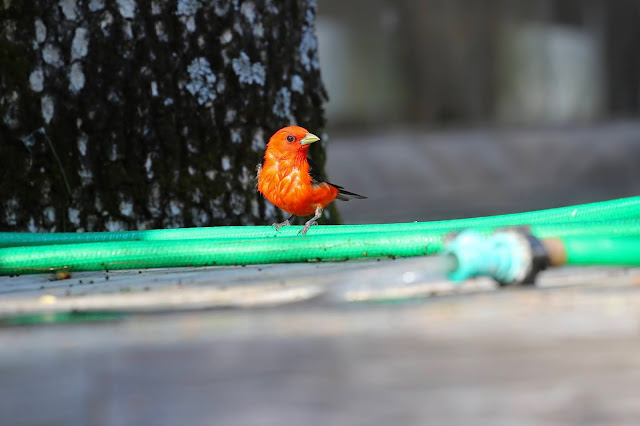 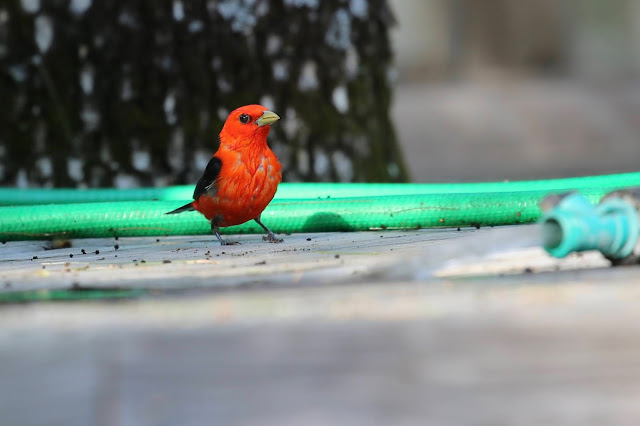 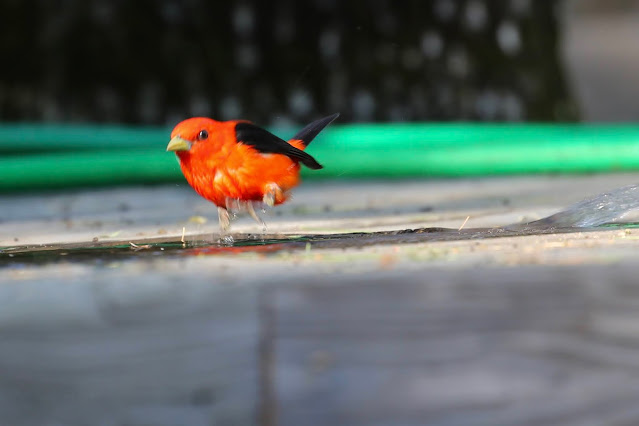 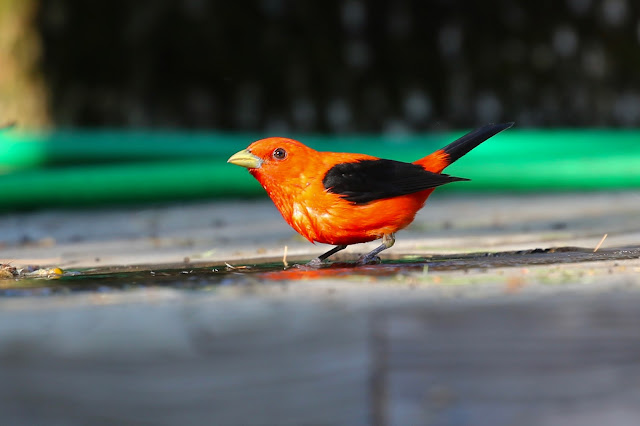 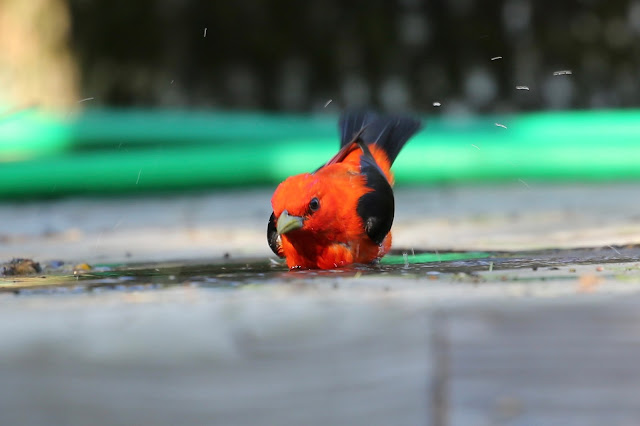 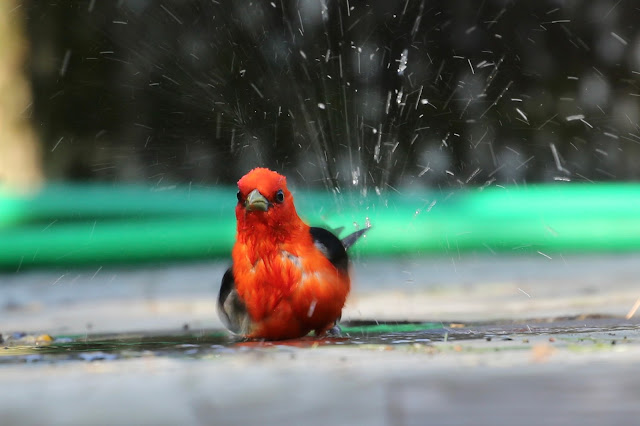 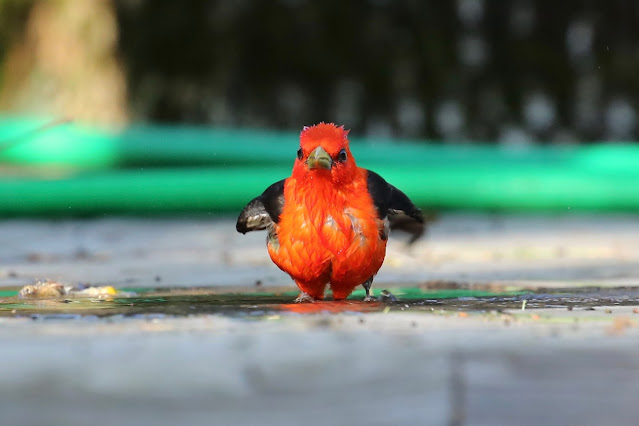 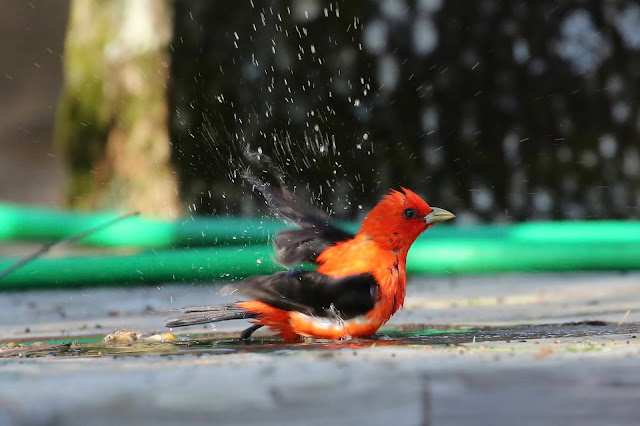 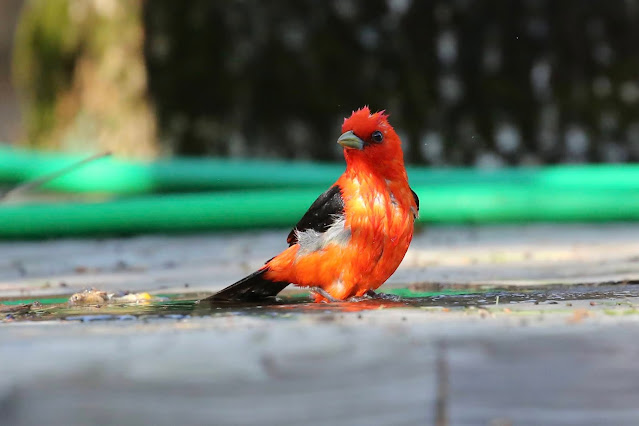 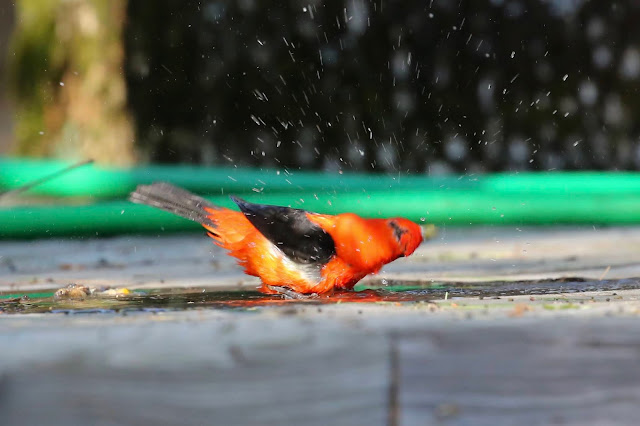 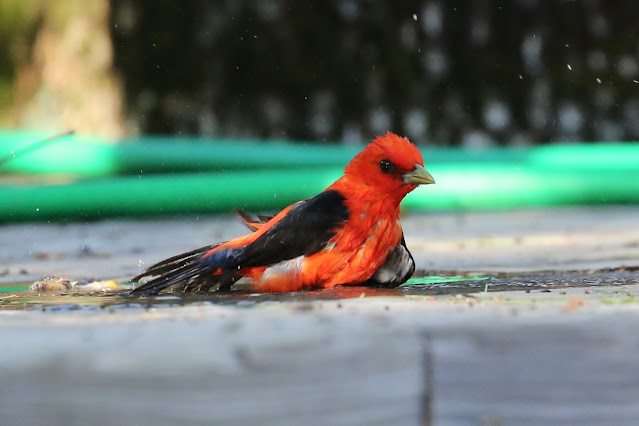 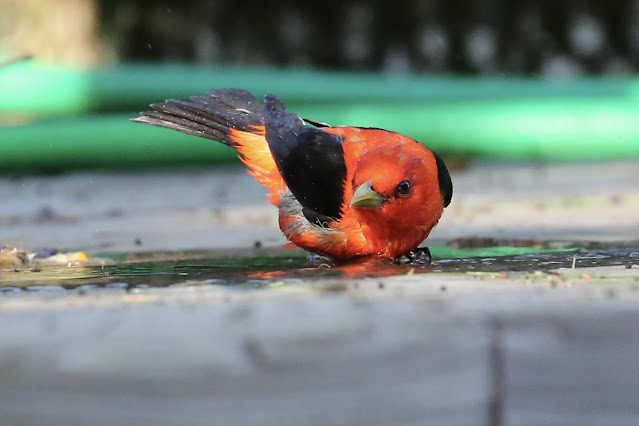 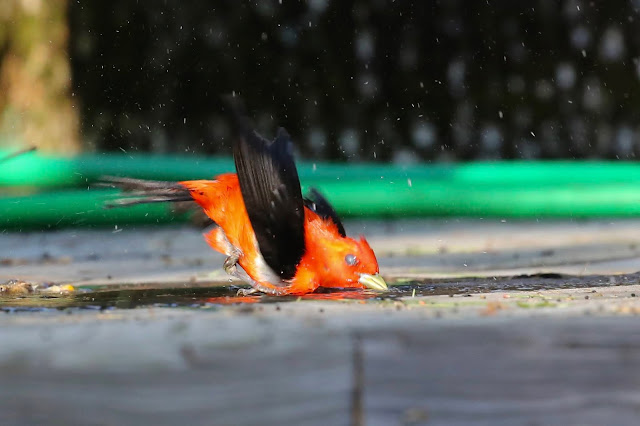 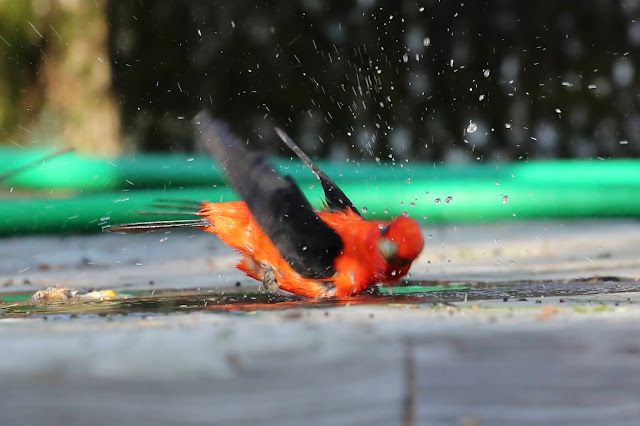 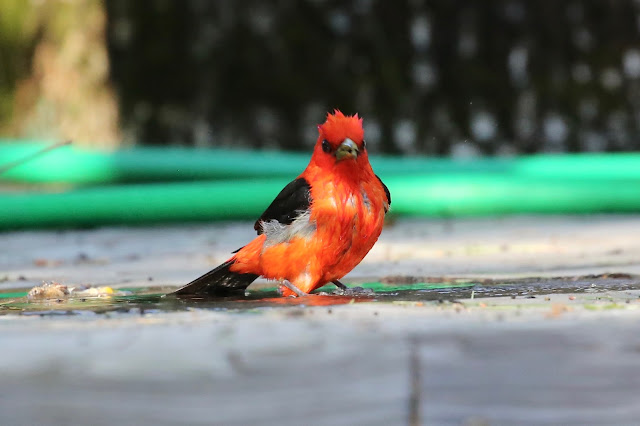 He eventually flew of to preen and fluff, and I was left breathless and so very happy to have had a moment with this gorgeous bird.
Posted by Marie at 9:03 AM