Orcas in the Gulf of Alaska

Day six of our Alaska birding tour was another beauty. Calm winds and blue skies streaked with high white clouds provided the backdrop for snow-capped peaks and rugged granite cliffs covered with spruce. Much like the hike from Rock Harbor to Scoville Point on Isle Royale, everywhere I looked was a breathtaking scene. 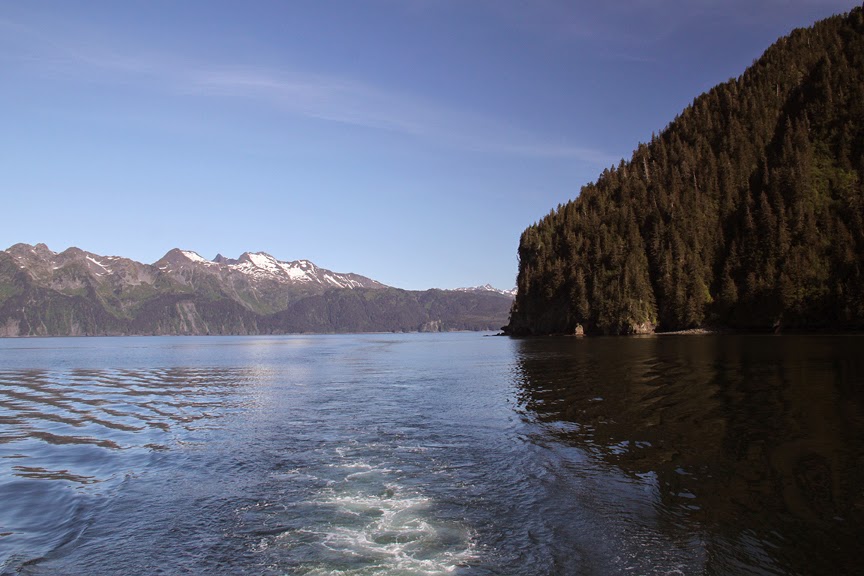 Tiny islands dotted the shoreline along the edge of Kenai Fjords National Park. 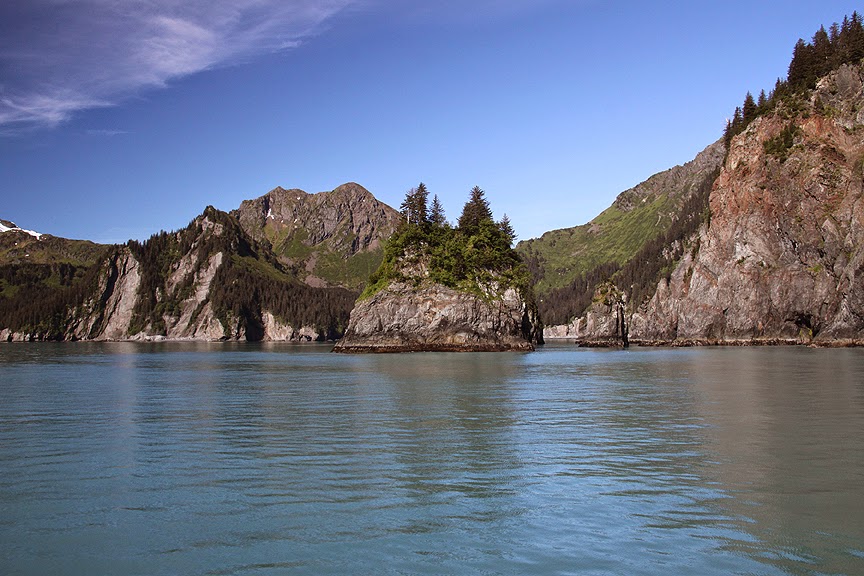 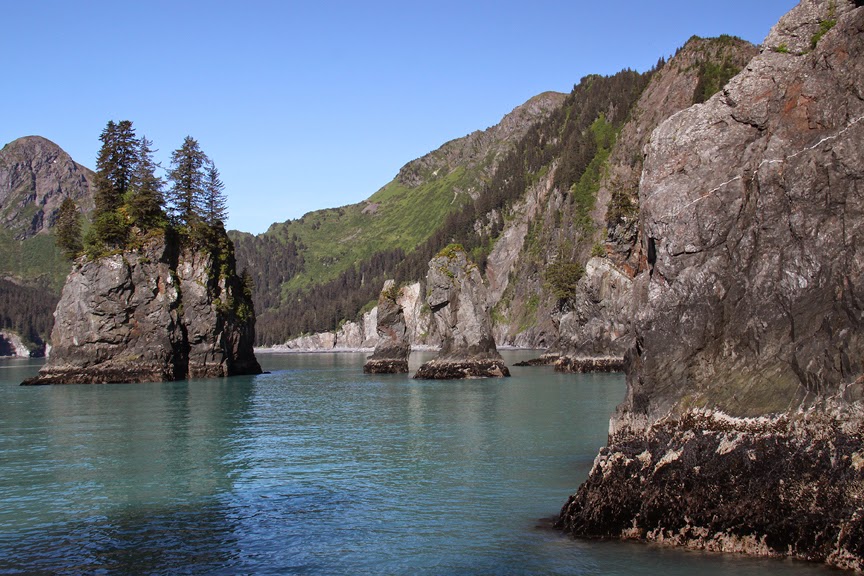 As we moved down Resurrection Bay towards the open waters of the Gulf of Alaska, the Harding Icefield became visible. 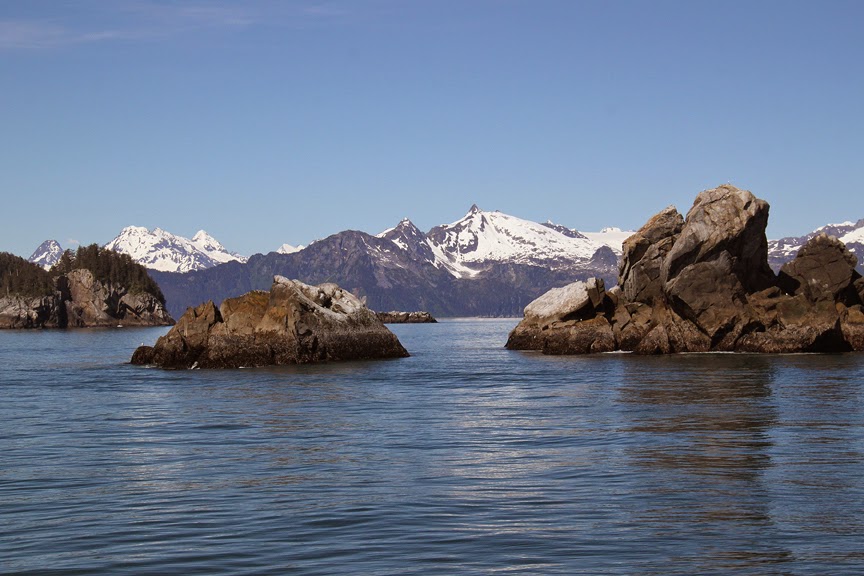 Many of the regions glaciers no longer make it to the bay, but Bear Glacier is hanging on. Glacial melt in this part of the world is outpacing that of many other areas. You can read about the Harding Icefield at the National Park Service's site.


Here's a map of the area showing the location of Bear Glacier, along with the Harding Icefield. 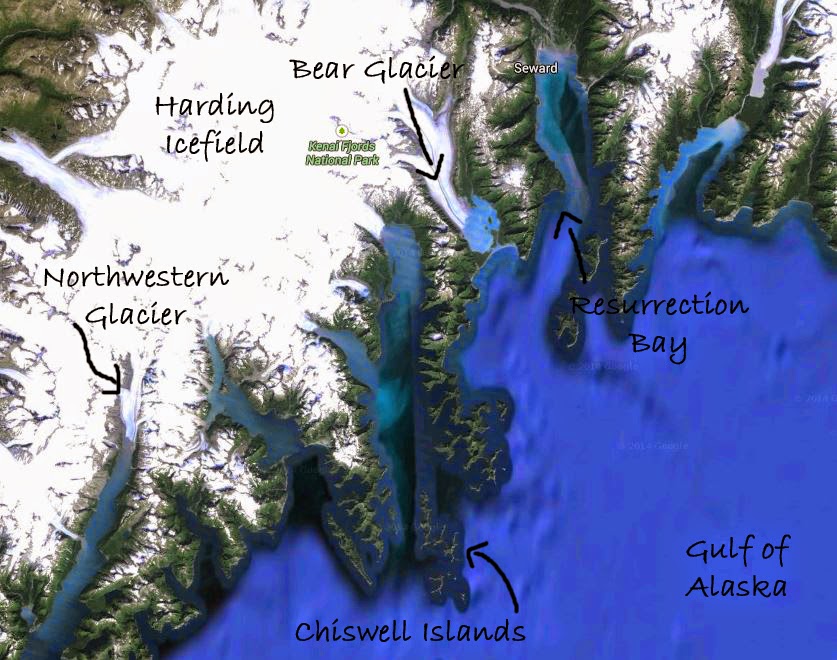 As we approached the mouth of Resurrection Bay, a commotion began off the starboard side. I hurried to the railing as the captain announced... 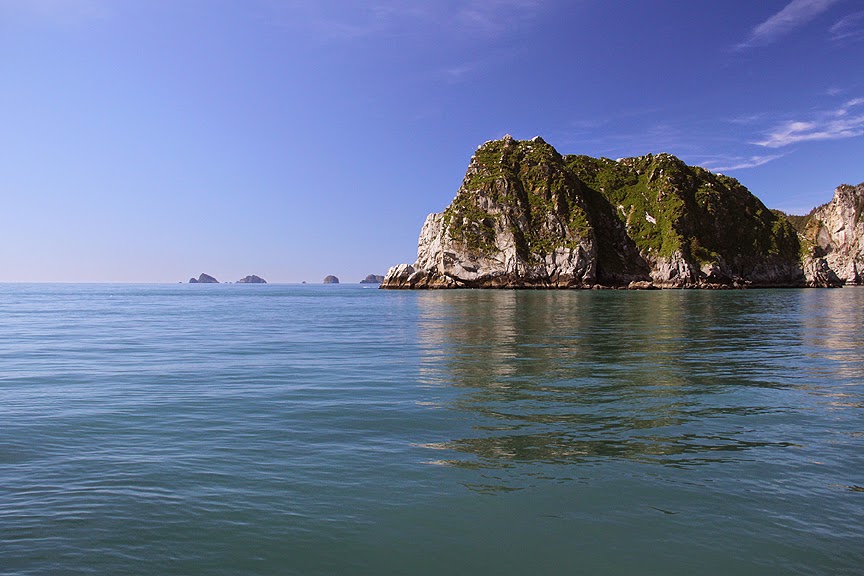 ...that there was a pod of Orcas moving toward us!

I could not believe our luck! This was a resident pod, meaning they were a family unit that pretty much stayed in the area. They differ from transient pods in a number of ways, including physical attributes such as rounded vs. pointed dorsal fins, as well as a difference in diets. Transients tend to eat marine mammals, while resident pods eat mostly fish. The two types do not intermingle, and on those occasions when they are in the same area they avoid each other.

They were clearly a mother and calf. They swam quite close to the boat but I missed them. Someone told me others could be seen from another vantage point, so I ran off, only to have this pair come within 10 feet of where I'd been standing at the rail. By the time I got back I could see them by the boat, but could not get anywhere near the railing due to the crush of people. The boat was actually listing to starboard at this point. So I stood on a bench and watched them swim away. 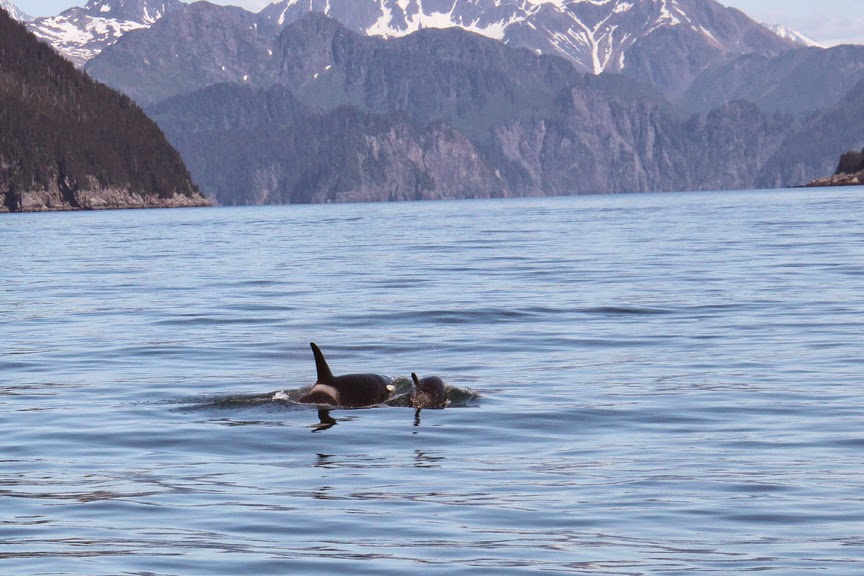 Orcas in these resident pods are identifiable by the markings on their backs behind their dorsal fins. While I haven't tried to figure out which pod this was, I did find a website that lists each pod in the southern Alaska region, and has an entire photo identification catalog that can be downloaded.


Later that afternoon, on our return trip, we came across the pod again, still busily feeding near the Chiswell Islands. The afternoon sun backlit the mist from their exhalations. 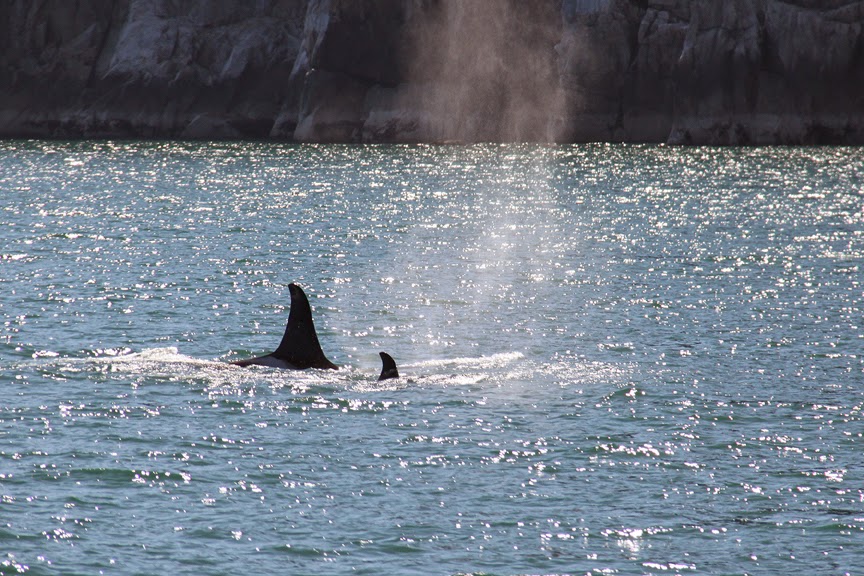 I could have spent all day watching these amazing creatures. But there was a lot to see this day... 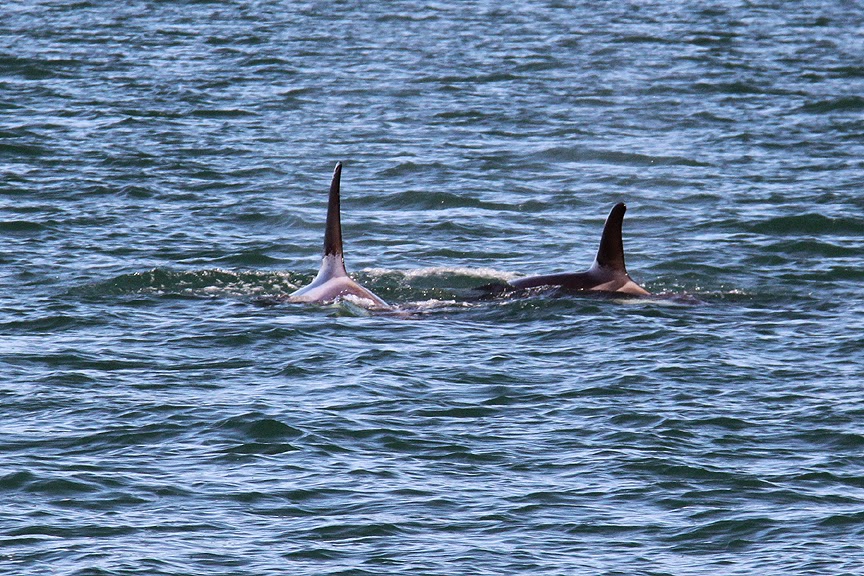 ...including our next marine mammal, seen here swimming just below the surface.

Next: Harbor seals!
Posted by Marie at 8:47 PM No comments:

Now that the holiday madness, as well as some family drama, is behind me, I can get back to a regular schedule and start blogging again!

We left off in Seward, Alaska, where we had arrived after a drive from Homer, where we'd spent the afternoon touring Kachemak Bay. We stayed in a Holiday Inn Express in Seward, and we all met in the lobby the next morning for our continental breakfast. We weren't due to board our tour boat until around 9 am, so a couple of us took a walk across the street to do a little birding.

Directly across from the hotel is The Lagoon, a small body of water fed by Scheffler Creek, with a small park at one end. Right off we spotted a Wilson's Snipe exploring the mudflats.


We continued down Dairy Hill Lane, looking for nothing in particular, enjoying the bright blue morning. Up the hill we climbed when one of us spotted movement on the underside of a transformer. We could see a little bird gleaning insects and spiders, but not until he flew down did we see we'd discovered a Chestnut-backed Chickadee! I didn't even know this bird existed, so I was pretty excited. (Bill took the whole group to this location the next morning so the rest of them could log this bird.)


After about a half hour we headed back toward the marina, and spotted this Violet-green swallow preening on a wire.


The area around the marina is very touristy, with lots of cute shops and restaurants. We didn't really have time to look around much, but this would be a nice place to spend a few days and enjoy the scenery.

We eventually boarded our Northwestern Fjord tour boat, and motored out onto Resurrection Bay. I have to say that of all the amazing things we saw and did on this trip, this was my favorite part. Not only was it the most beautiful, but it was a very restful day, after so much running around. We spent the entire day out there, riding in the open air with the sun shining, able to move about the boat at will. We were served lunch, and the boat captain knew there were several groups of birders aboard and so made a point to linger in places we wanted to look. The captain sounded an awful lot like Jack Nicholson.


Our ultimate destination was Northwestern Glacier, part of the Harding Ice Shield. On the way we expected to see whales, sea lions, seals, otters, maybe orcas and porpoises, and, of course, birds.

We would not be disappointed.

We hadn't gone far--I believe the marina was still in view behind us--when a humpback whale breached off the port side of our boat. I wasn't ready with the camera but just to see it launch itself out of the water and come thundering back down was an astonishing thing. It only breached once, so if you didn't happen to be looking you were out of luck. But there were several right there in the bay, and we got to see--and hear--them come up for air.


Then the one closest to the boat went tail up, the sign of a deep dive. I was thrilled to get a shot of the fluke before the whale disappeared. They can stay under for 15 minutes during a dive like this, so we did not linger.


Off in the distance another whale could be seen swimming south, the mist from its exhalations hanging in the calm Alaska morning.

And this was just the beginning!

Next: More from Resurrection Bay.