Where I live in Pinckney, Michigan, I am blessed to be within a half hour's drive of tens of thousands of acres of public land. Pinckney, Waterloo, Brighton and Island Lake State Recreation areas encompass more than 41,000 acres, while the Huron/Clinton Metroparks in our area add another 7,200 acres, for over 48,000 acres of space to explore. Oh, and let's not forget the 20 mile long Lakelands Trail State Park, a mostly paved rail trail that runs between Stockbridge and Hamburg. There is no excuse for us to not be getting out on a nearly daily basis, and there are many opportunities for wildlife viewing within an easy commute.

Last May photos started showing up on my Facebook newsfeed of a pair of Sandhill Cranes and their two colts. They were nesting at Kensington Metropark, where several pairs of cranes have been nesting for years now. These birds are quite habituated, and when walking the trails at the nature center you will often encounter them on the path, and can comfortably get within feet of them. We found out one nest was quite near the trail at Wildwing Pond, and Lisa insisted one dreary day that we go and see them so I could do a new piece of artwork featuring cranes.

We arrived to find the pair in a stare down with what we guessed was probably a snapping turtle. The pond is known for its huge snappers, and it's a miracle anything living on or near the water survives to adulthood. Dad was making himself big while mom peered into the water. The little ones watched from the relative safety of the center of the nest, which was perhaps three feet in diameter. 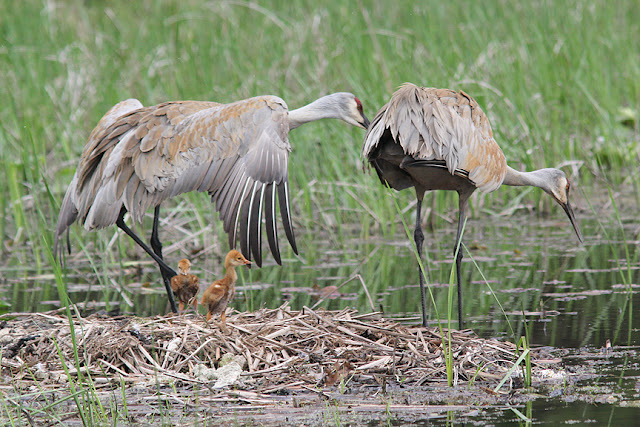 Dad ventured into the water while mom took a few steps back... 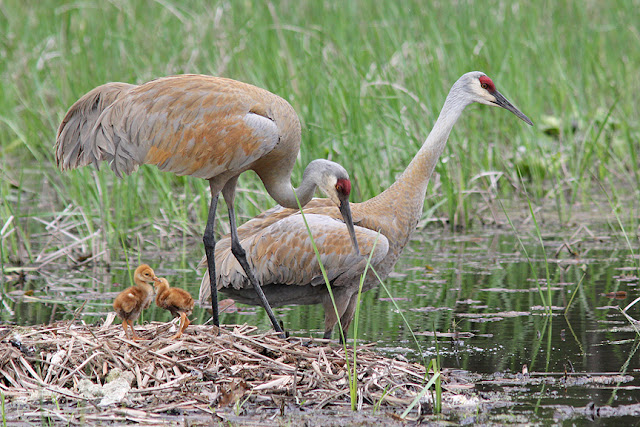 ..and checked on the kids. 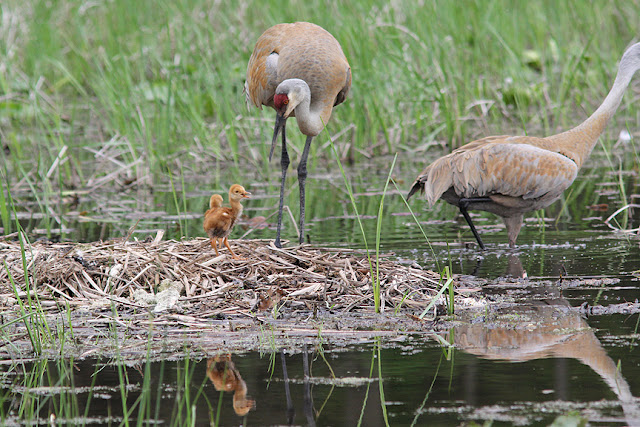 She eventually laid down and the colts climbed up under her wings to stay warm. 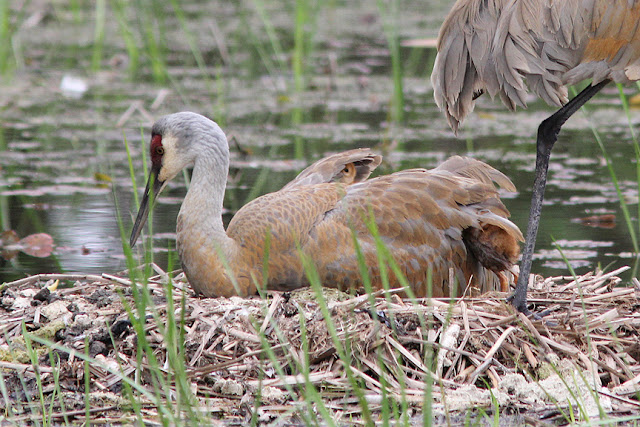 She curled up with them but kept a watchful eye. 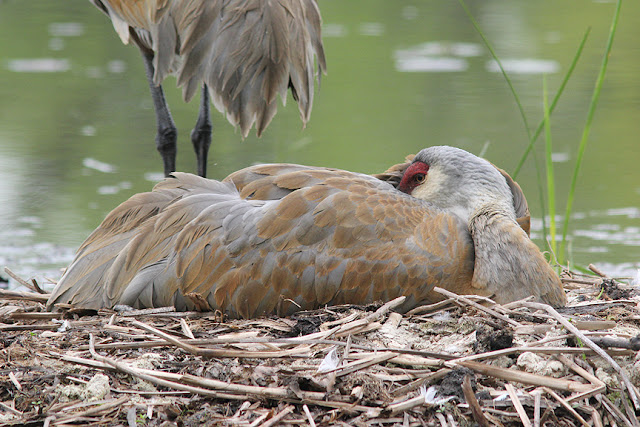 We eventually moved where we could get a closer view. There were a number of photographers there already but the cranes did not seem to care in the least. But every time there was a new threat from the water, mom would stand up and out would drop both colts, bouncing to the ground. We worried about them and their wet bellies on this chilly day. 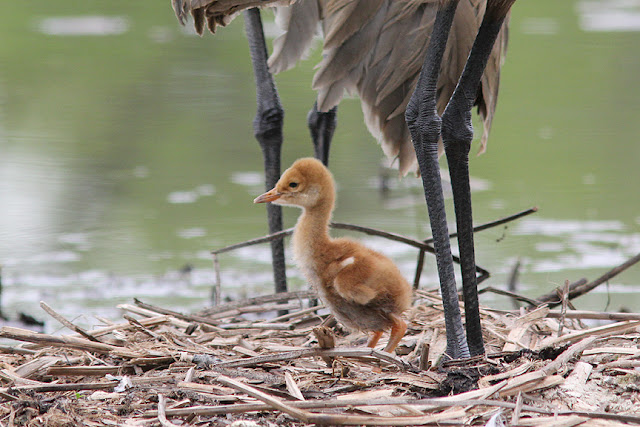 Both mom and dad started up a ruckus, sounding the alarm. I looked around to see what had gotten their knickers in a twist. Ah, that would do it. Mute Swans are notoriously aggressive, and the cranes were not having any of this interloper in their territory. The swan eventually swam back over to its side of the pond. 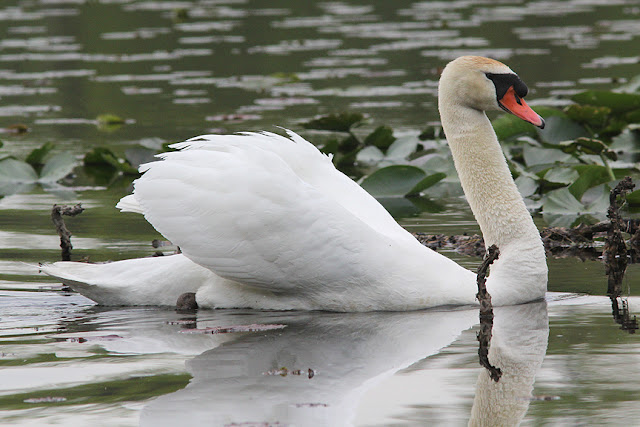 The pickings were slim on the crane's little nest, and while mom looked for food to feed her colts, it seemed none was to be found. 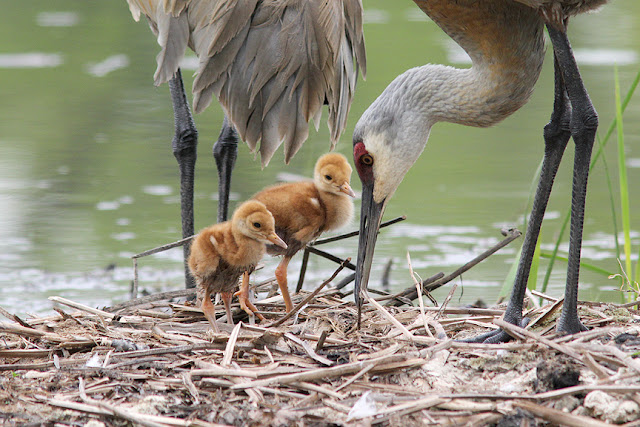 They settled back down again after the swan passed and all was quiet for about two minutes. While they rested they both kept an open eye on the nest. 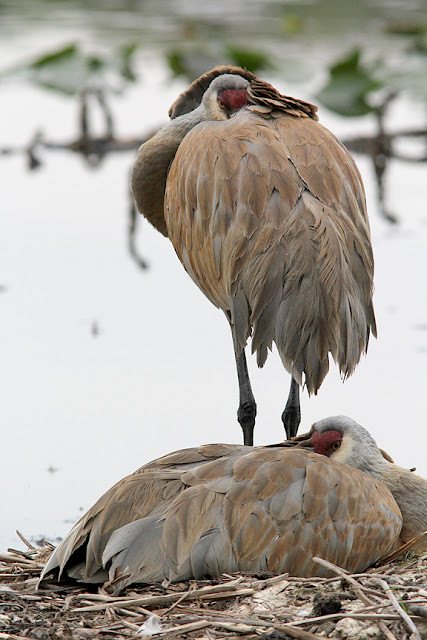 Could you get any cuter? 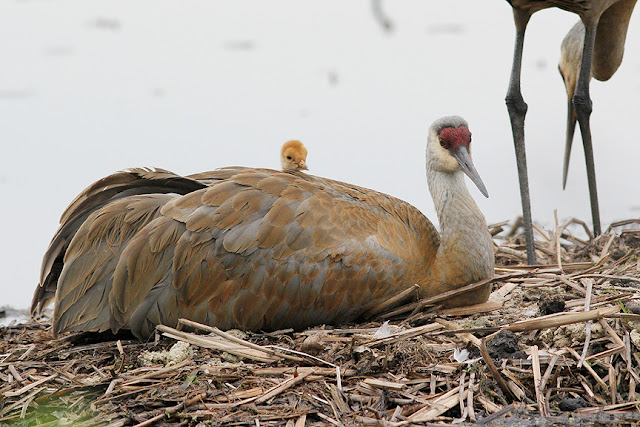 Then dad decided it was dinner time, stretched his huge wings... 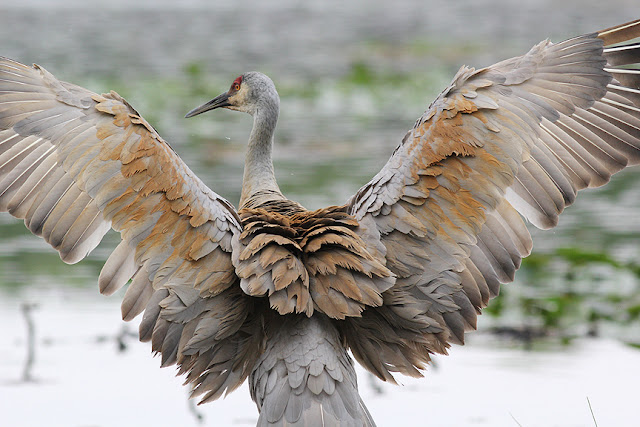 ...and headed for shore. 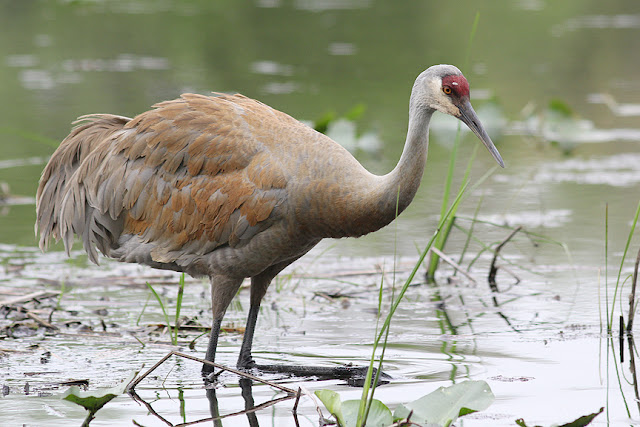 Mom poked around again for something for the kids but came up empty. She eventually left the nest too. 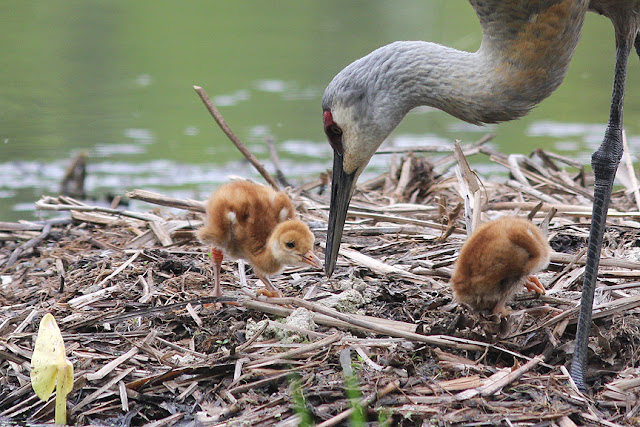 The colts stood at the edge of the nest for a couple minutes before the larger of the two stepped into the water to follow its parents. We all held our breath... 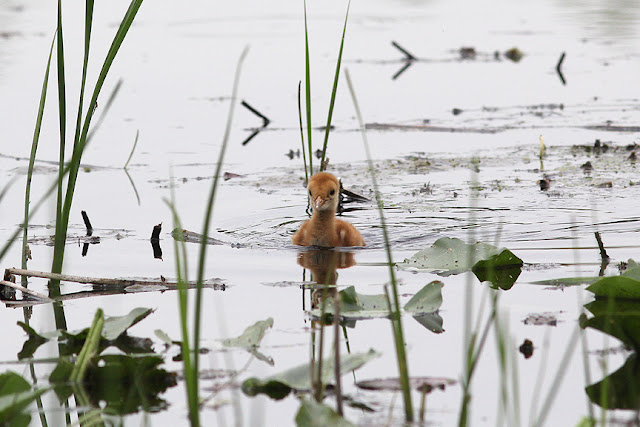 ...but the colt made it safely to shore. The other followed a minute later. But now they were both really wet and we could see them shivering. 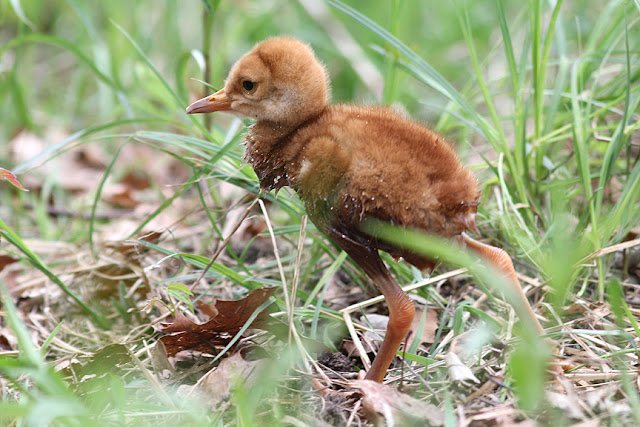 But at least there was sustenance to be found! 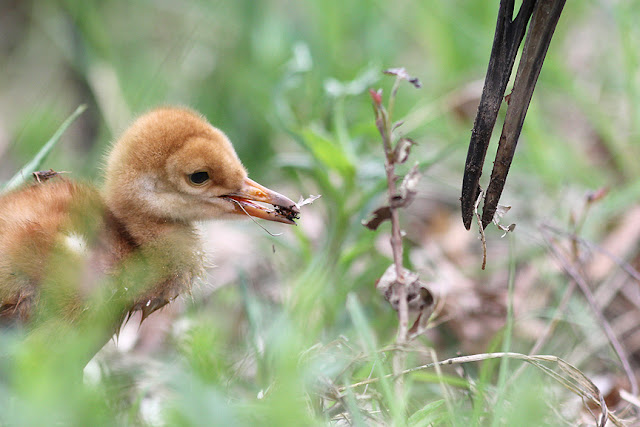