During this week in Hilton Head, South Carolina, we've spent time at Pinckney Island NWR, Jekyll Island in Georgia, hiked, gone to the beach, paddled Broad Creek. We saw rescued sea turtles, hundreds of nesting egrets and herons, dolphins with their calves, and one rousing thunderstorm, but the best sights happened right outside our door--the green heron from a few posts ago, whom we watched catch and eat a fish, and a pair of yellow-crowned night herons who are building a nest almost right across the street and canal from us.

It has become my habit this week to go out several times a day to check on them. A few days ago when I dragged my camera along with me I was treated to a wonderful display of nest building activity. The male, I assume, was flying back and forth along the creek, gathering sticks to take back to his mate at the nest. I was able to photograph him while he labored away, not the least bit concerned with my presence.

He would hop around in the shrubs tugging at dead sticks until one broke loose. 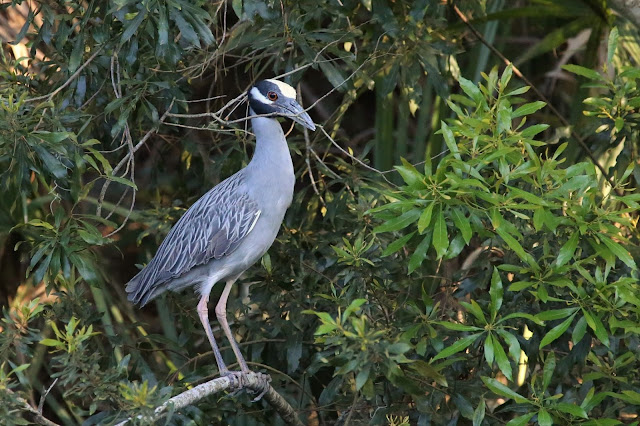 Then off to the nest he'd go to deliver the building material. 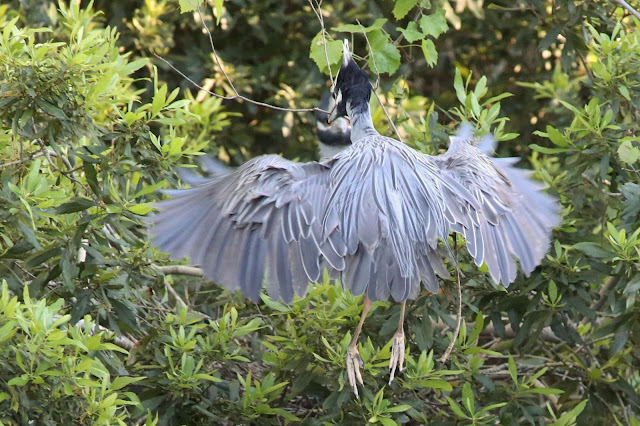 I'm sure she was more pleased than she looks. 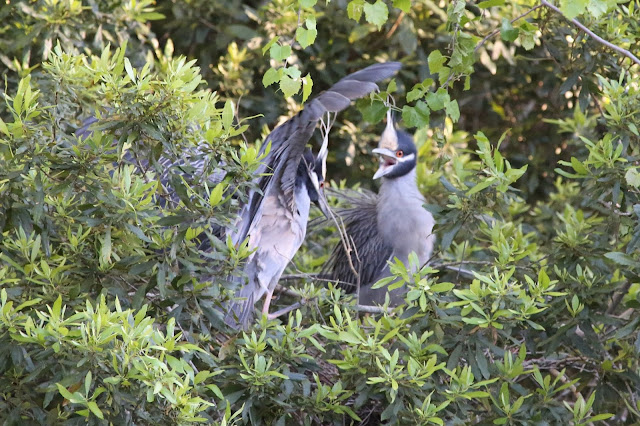 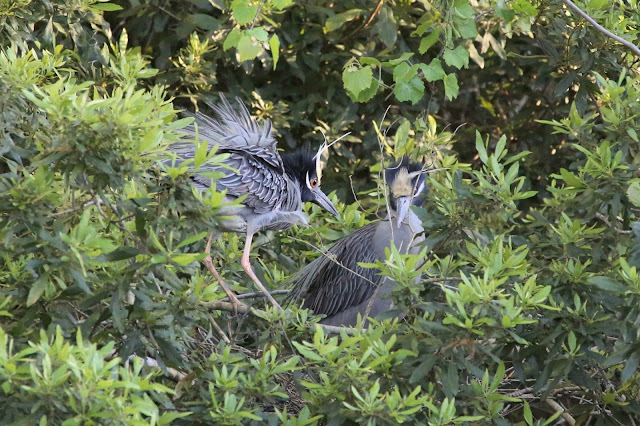 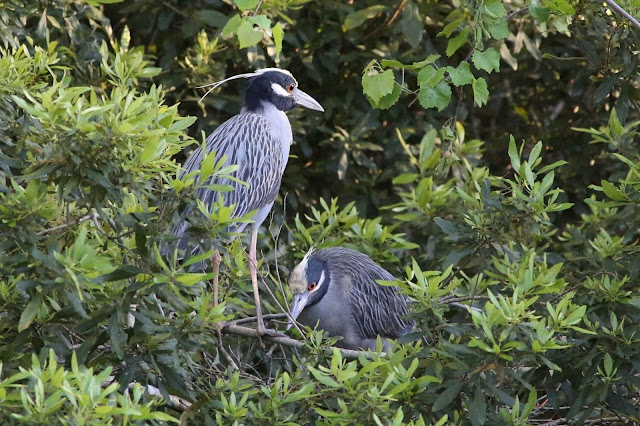 Off he'd go again, looking for more sticks. He gave this one a few tugs then moved on. 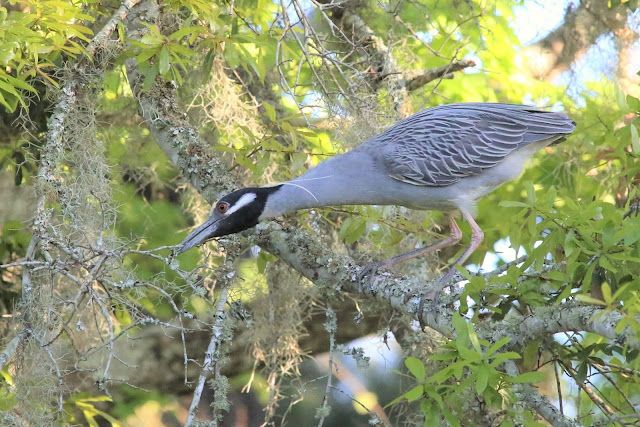 He collected another stick... 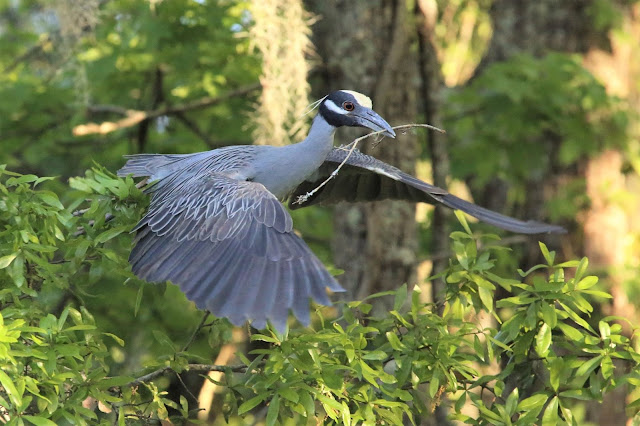 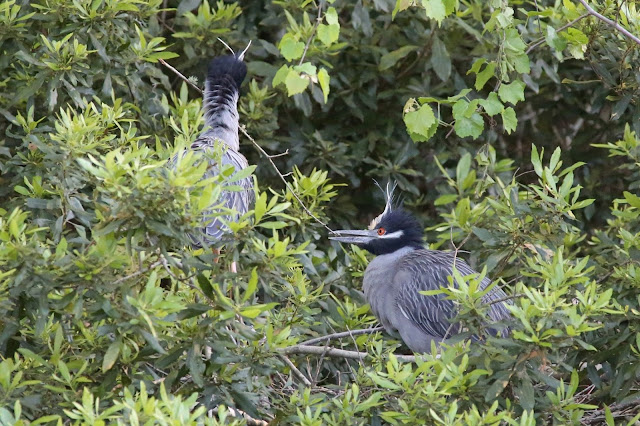 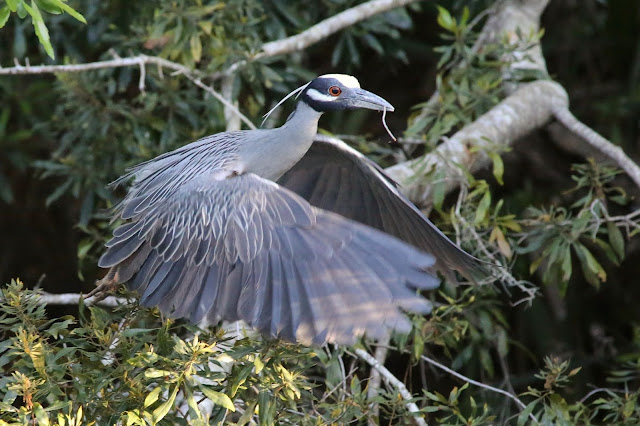 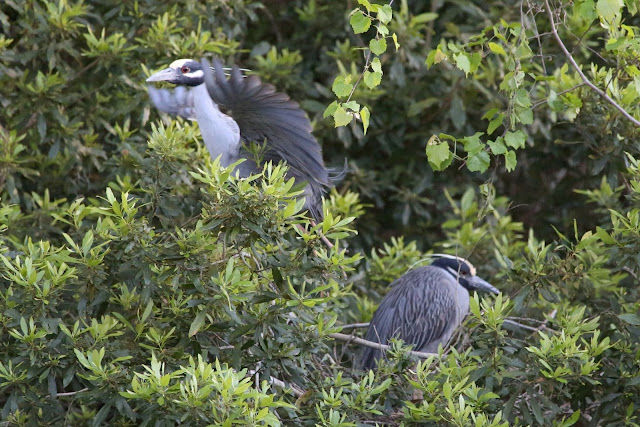 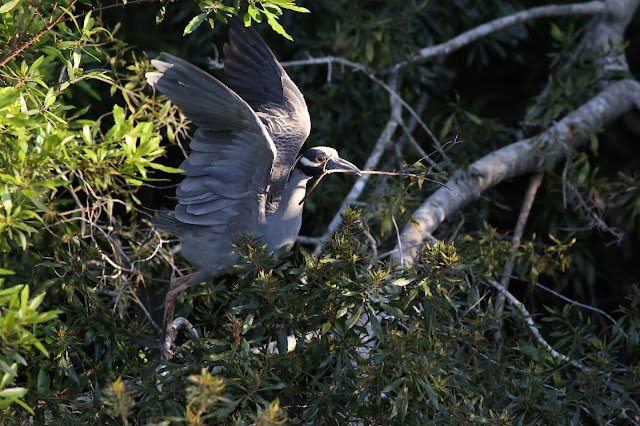 What a good papa he will be! 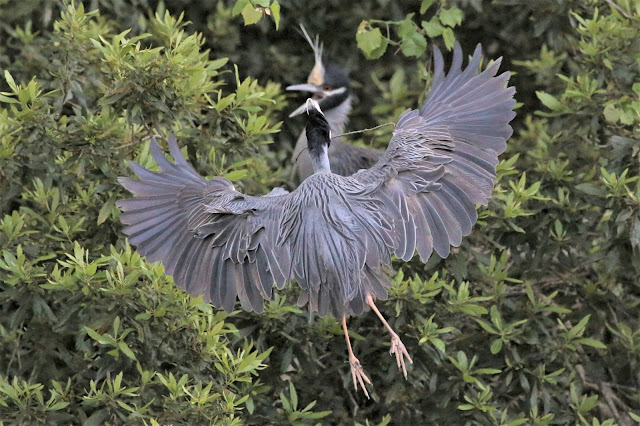