As we chugged along the edge of the Gulf of Alaska and the shore of Kenai Fjords National Park, the boat's captain pointed out various goings on around us. Our first sighting of Steller sea lions came on our starboard side, with a large group of them frolicking in the water. Brown shiny heads bobbed up and down--where they watching us as we watched them? 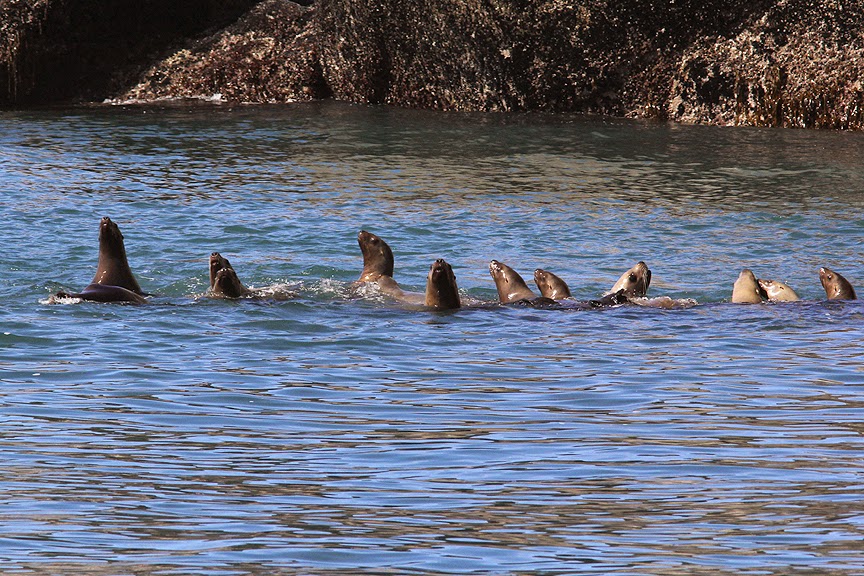 Much like the harbor seals we'd seen earlier, I was amazed that these lumbering animals with flippers for legs could climb so far out of the water and up the faces of these cliffs.

They are a vocal animal, often bickering over resting places. It was rare to pass a group and not see some sort of disagreement going on.

According to NOAA and Wikipedia, Steller sea lions are the largest of the eared seals, and smaller only than walrus and elephant seals. Males can be huge, 10-11 feet long and up to 2,500 pounds. The males also grow a thick mane, and so are easily distinguishable from females, who only reach 550 to 770 pounds.

Sea lion pups are born on a rookery, where many females will haul out to give birth. Pups are around 50 pounds at birth. These rookeries are defended by a male, who presumably has mated with the females in the colony.

Sea lion moms identify their pups through smell and sound. The pups retain their dark brown coats for several months before molting into a lighter brown coat. 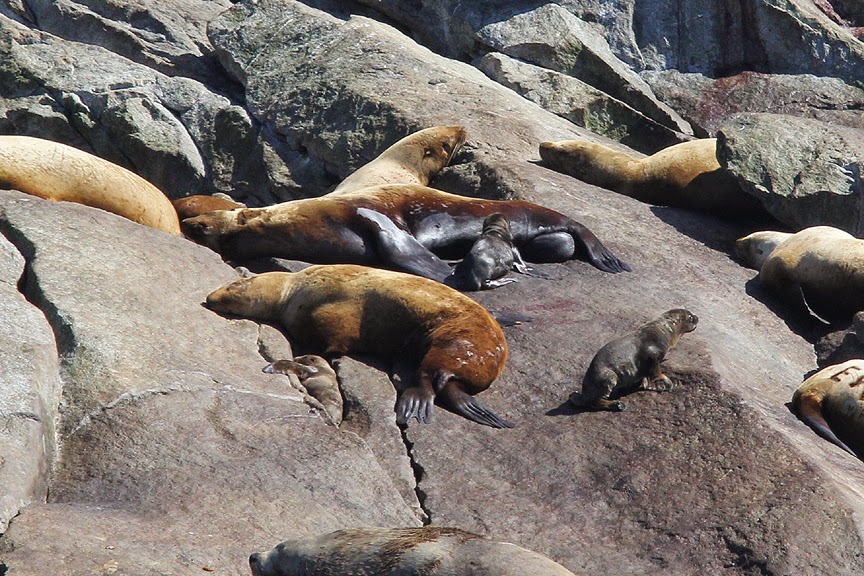 Oh, and did I mention they like to bicker? 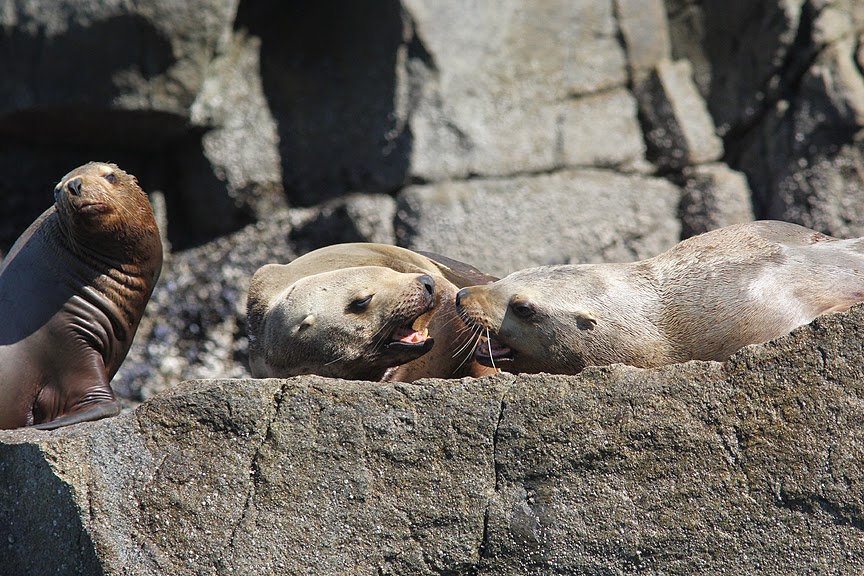 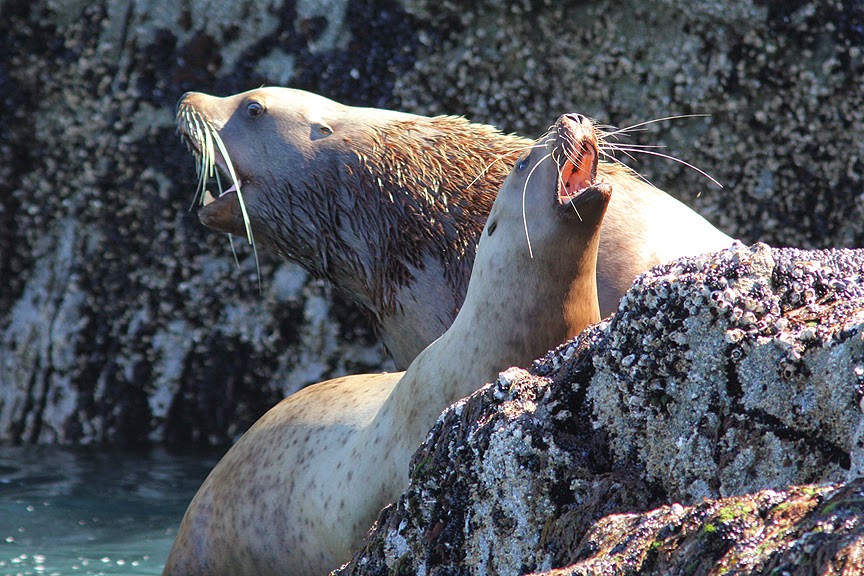 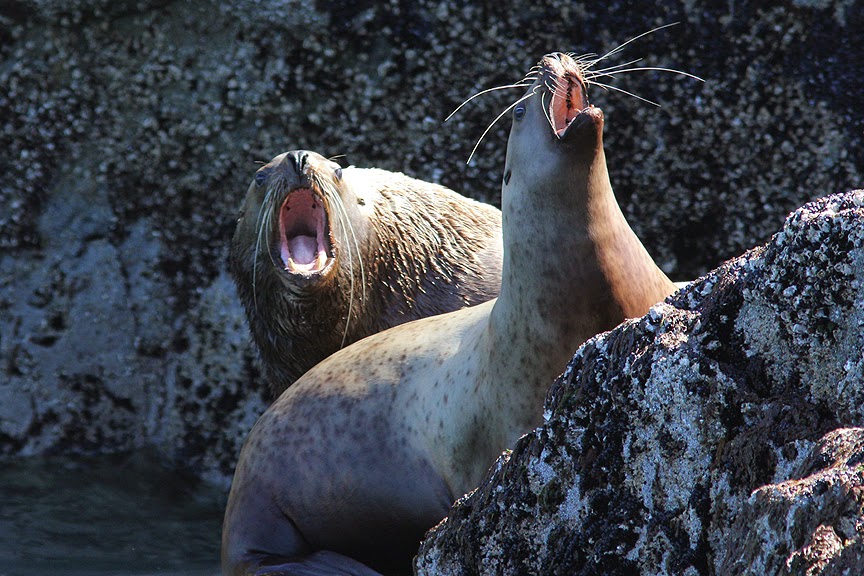 This one's staying above the fray--for now. 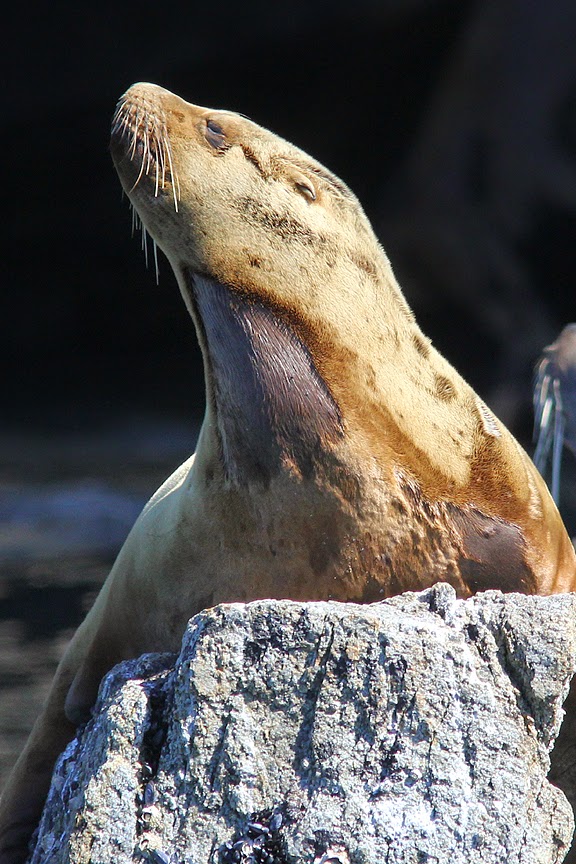