Harbor Seals and the Northwestern Glacier

After spending much of the winter in Florida I am back and ready to write more about my Alaska trip last June! My shows in February were so-so, covered my costs and that was about it. I ended up back in Florida at the beginning of March to do some work on my grandma's house, a job that turned out to be several times bigger than we had anticipated, and I didn't get back to Michigan until March 13th. It was good timing though as the snow had begun to melt, and the Red-winged Blackbirds arrived the same day we did.

So back to Alaska. On Wednesday, June 4th, our sixth day in Alaska, we spent the entire day taking a tour of Resurrection Bay and the Northwestern Glacier.  Along the way we'd seen humpback whales, sea otters, orcas, and many birds (which I'll get to in another post). The marine life here was just amazing. It was hard to look around and not see something.


One of the surprises for me was all the harbor seals we saw. I didn't have any idea where these animals lived, but I guess I didn't think it was here. We came across several groups lounging on the rocks near the Chiswell Islands, mostly adults and older pups.

Furry balls of blubber, they seemed to either look sad or extremely content. I can't imagine, lacking the ability to walk, how they manage to get that far up the rocks. 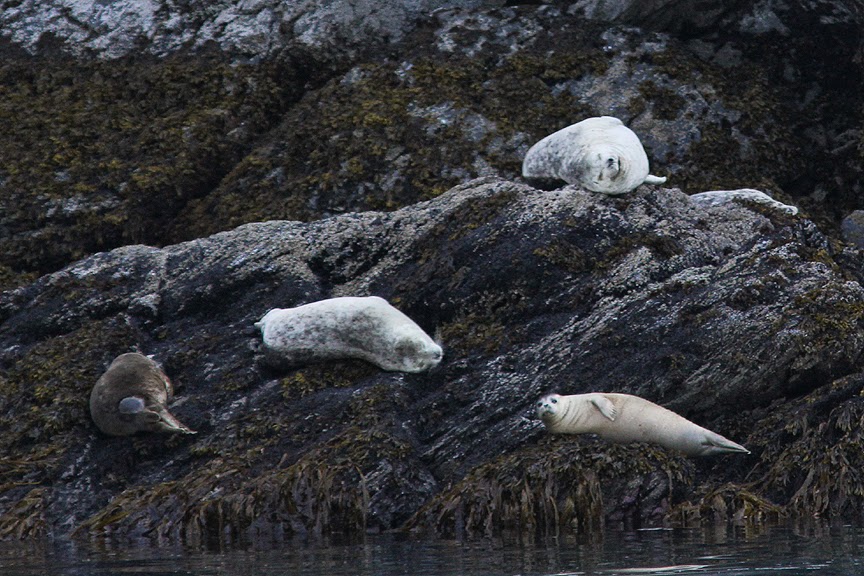 As we made our way up Nuka Bay and into the Northwestern Fjord towards the Northwestern Glacier, we began to see chunks of ice floating on the water. Eventually they became numerous enough to form a mat, and there, resting in the sun, were a multitude of seals with their pups.

They watched us closely as we drifted towards the glacier. 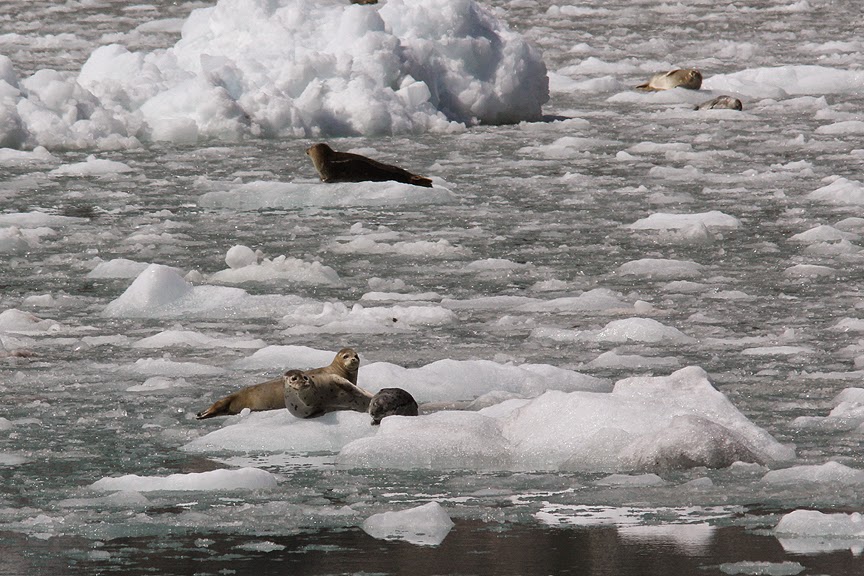 Several moms with younger pups floated on smaller chunks away from the main floe. This female slipped off the ice as we approached. She came back to her pup, either to reassure or to coax it off the ice, which it eventually did. I kinda felt bad that we were clearly disturbing these animals with our presence. 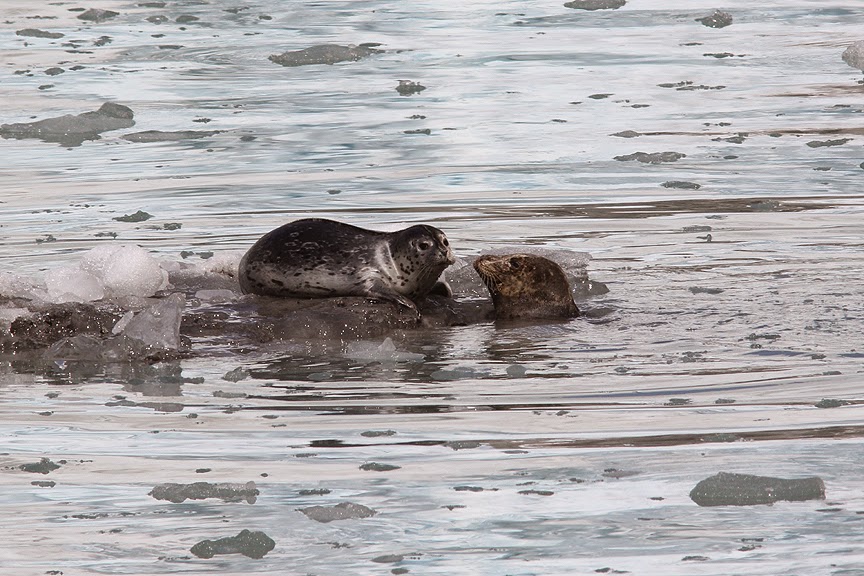 This pair also watched us closely, but stayed on their little iceberg. 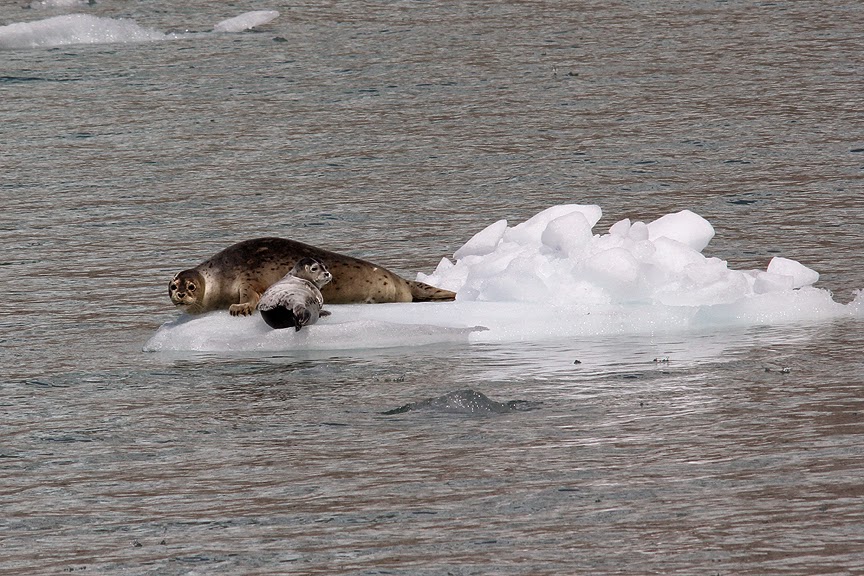 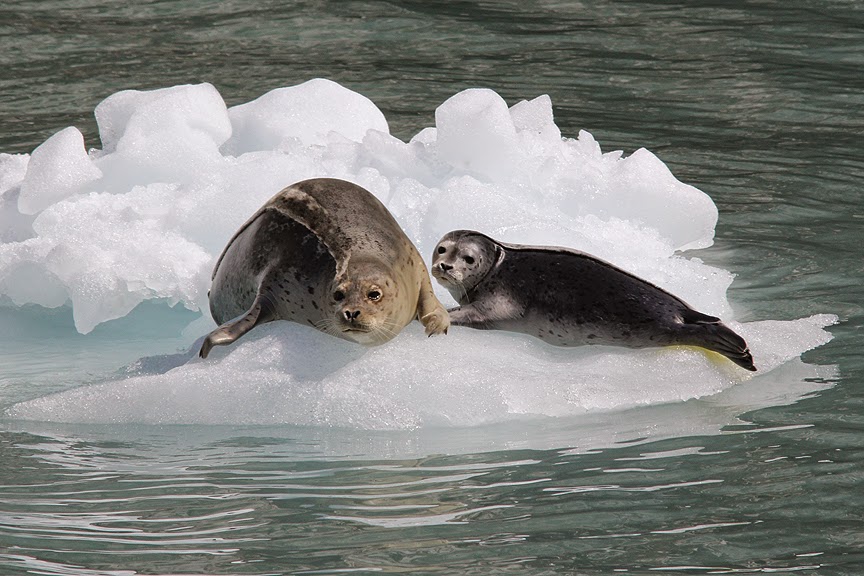 The glacier itself was stunning, but what was more amazing was how far it had retreated--nearly ten miles in the past century. It now only barely reached the water at the end of the Northwestern Fjord.

We lingered for a while, hoping for calving. The sounds of melt water mingled with the crack and boom of the glacier as it moved imperceptibly towards the fjord. 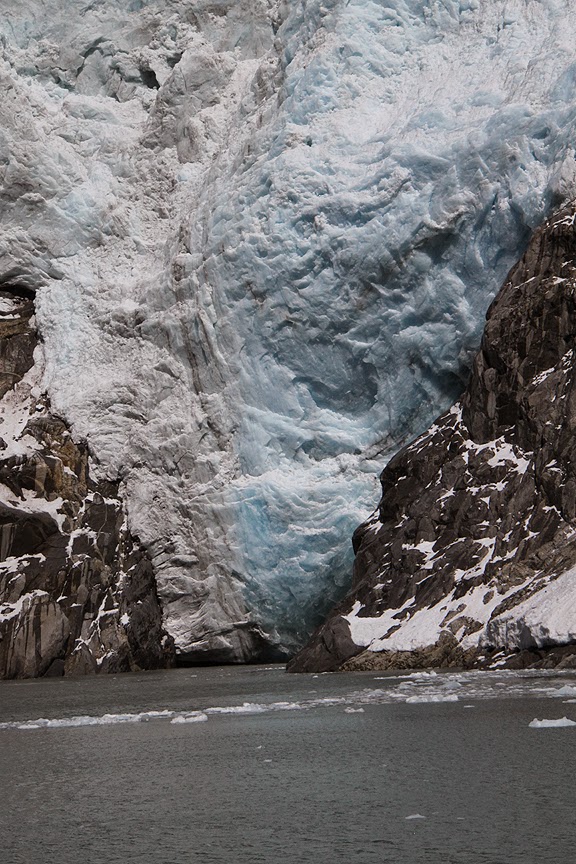 Ragged peaks above the fjord jutted from the glacier like giant teeth. 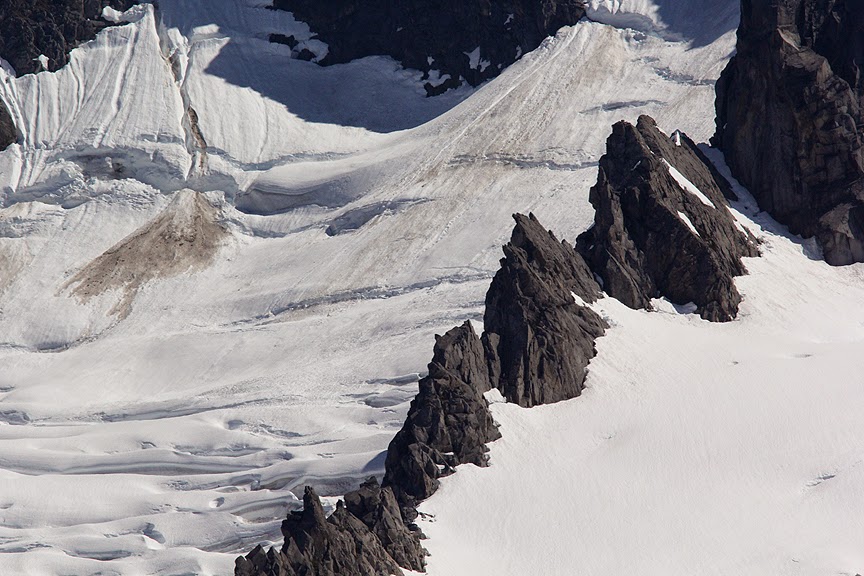 A part of the glacier that still reached the water showed the high tide line, and how the glacier is eroded from below. 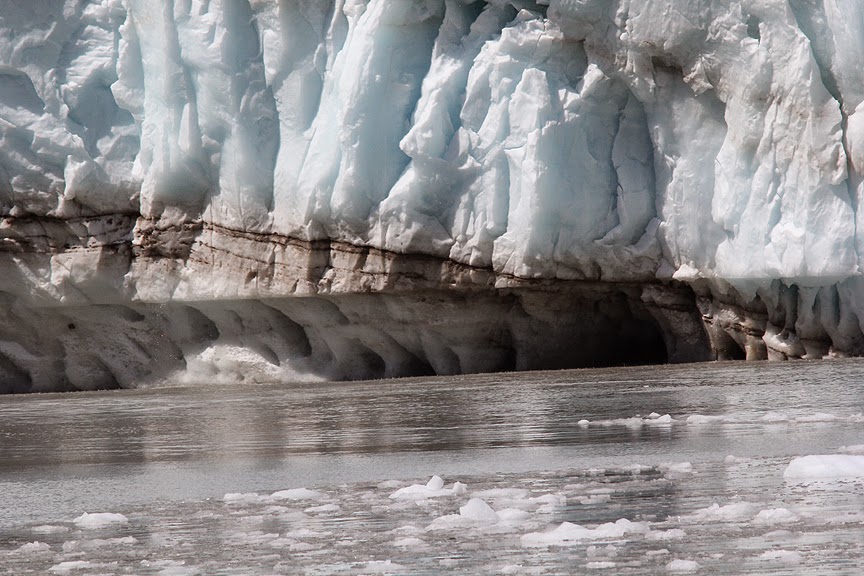 While we didn't see any big calvings, we did see--and hear!--a few smaller ones. It is impossible to describe the sound this made, especially as it bounced around the rocks at the end of the fjord.


While we understand the impact of melting and retreating glaciers on sea level, what I hadn't considered are the animals that rely on the glaciers for their well being. For instance, the harbor seals clearly use the ice floes as resting places, even giving birth there. What happens when the glaciers retreat beyond the shoreline, and no long calve chunks of ice into the water? The seals will be forced onto land, where they will be at risk of predation by land mammals.

The image below came from www.globalwarmingart.com and shows how the glacier has retreated from the mouth of Northwestern Fjord--it isn't even visible in the top photo. Pretty sobering stuff. 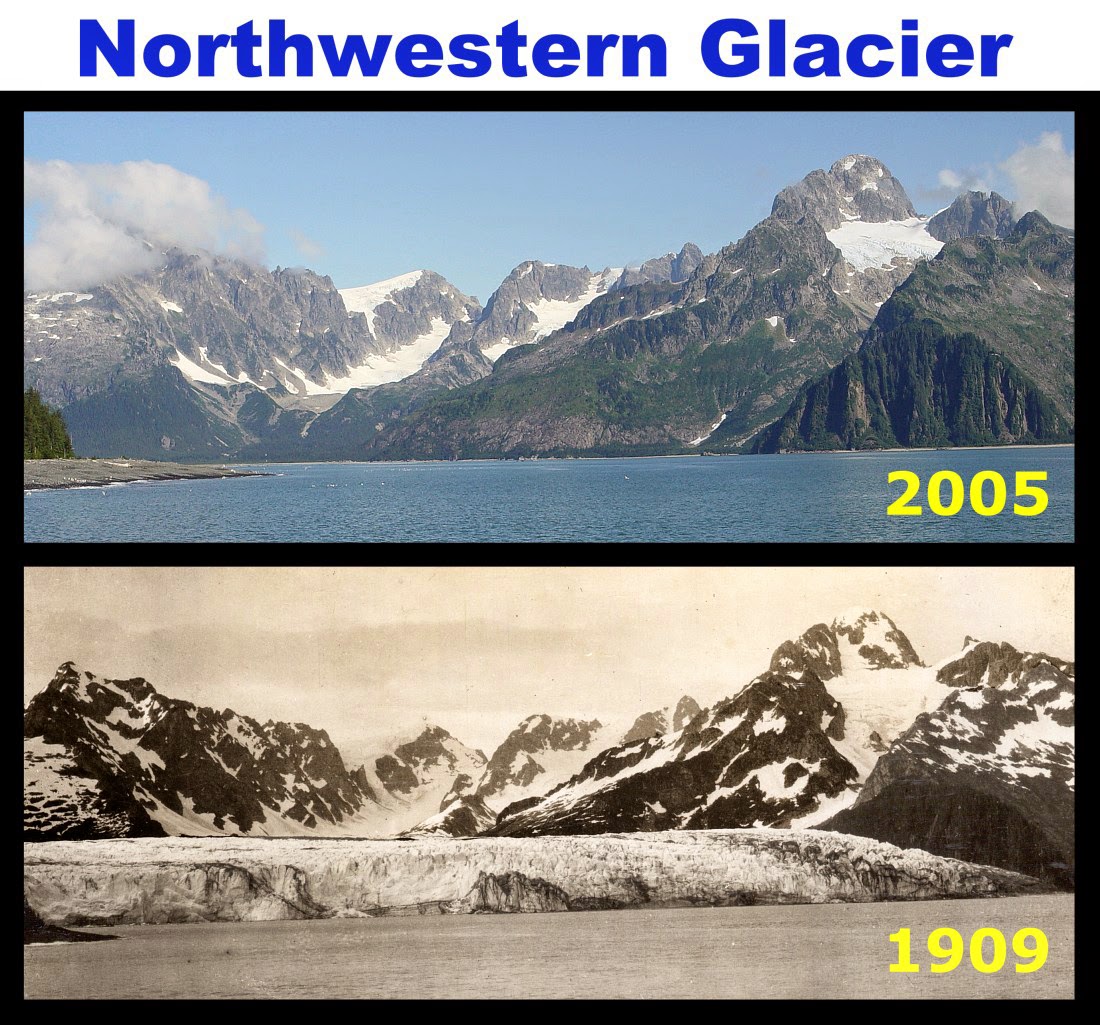