Snack for a Heron

If I had pitched a tent at Pinckney Island NWR, (not that it's allowed, mind you), and spent a week there, I would not have run out of things to photograph. So. Many. Birds. Birds nesting. Birds feeding. Birds fighting. Birds dancing.

As I made my way around the pond I came across a tri-color heron working his way around the shoreline. He didn't seem too bothered by me, and I was able to stand about 10 feet from the edge of the water and watch him as he searched for food. 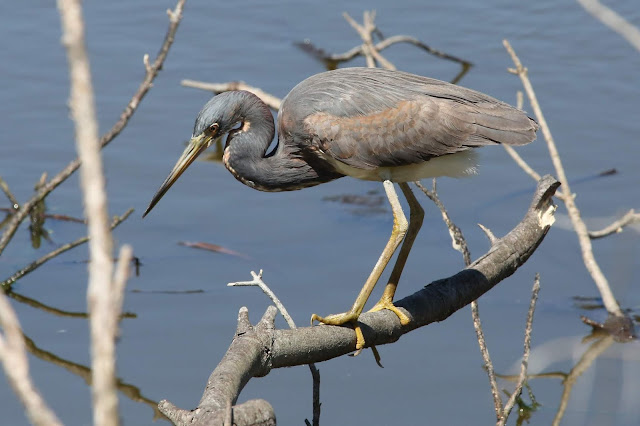 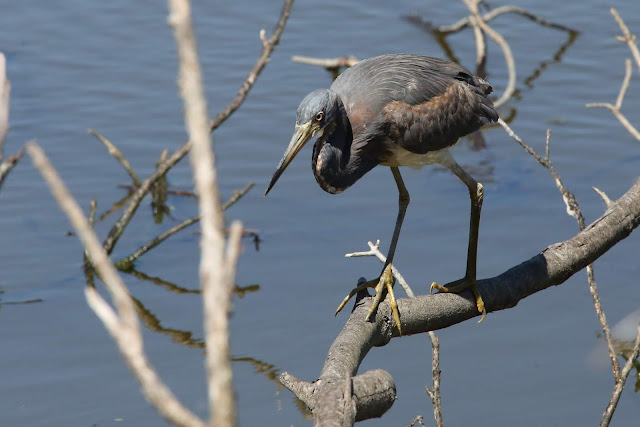 The long-legged wading birds always look so odd to me when they're on a branch. I remember the first time I saw a heron land in a tree (not knowing that they nest in trees) and was stunned--it looked like it would topple out. But while they have large, partially-webbed feet for walking along lake bottoms, their long toes allow them to get a strong grip on branches. Green herons especially are known for gripping a vertical branch and holding themselves horizontal over the water, waiting for something to swim by. The larger herons don't have enough strength to pull off that feat, but their longer necks afford them a similar hunting position. 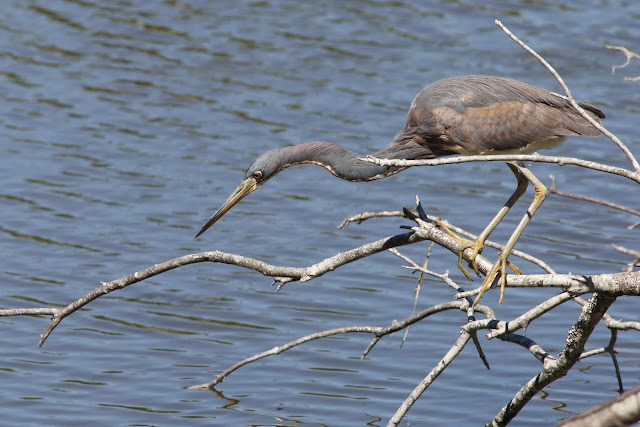 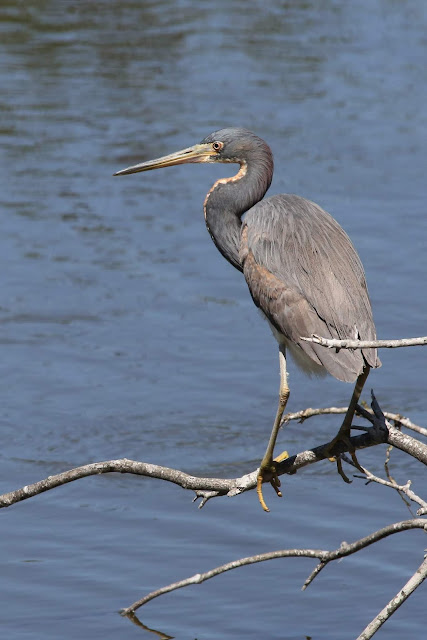 He spent a few minutes searching along this branch, then flew a few feet to try a new spot. 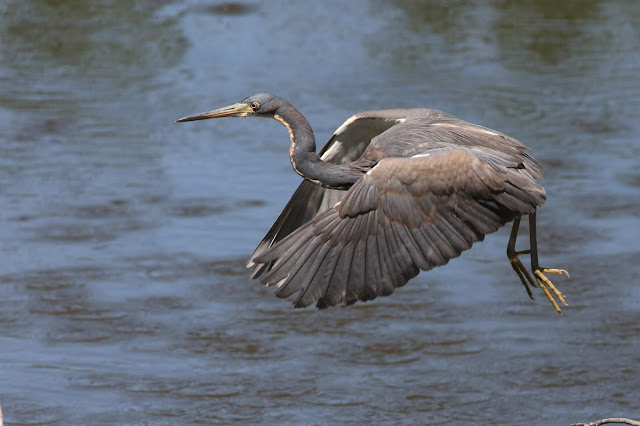 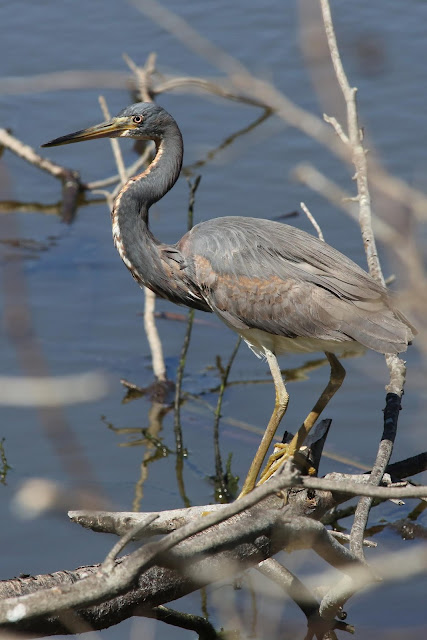 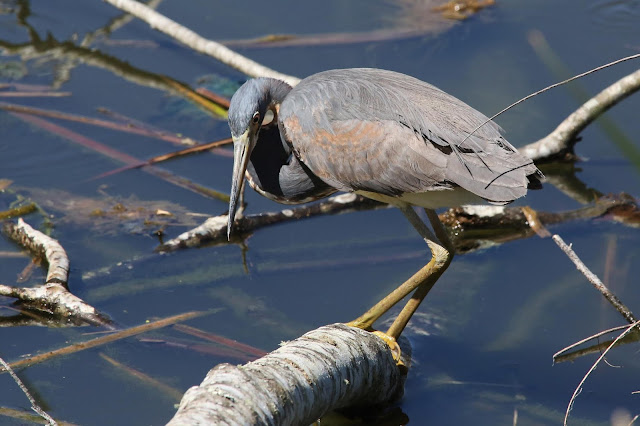 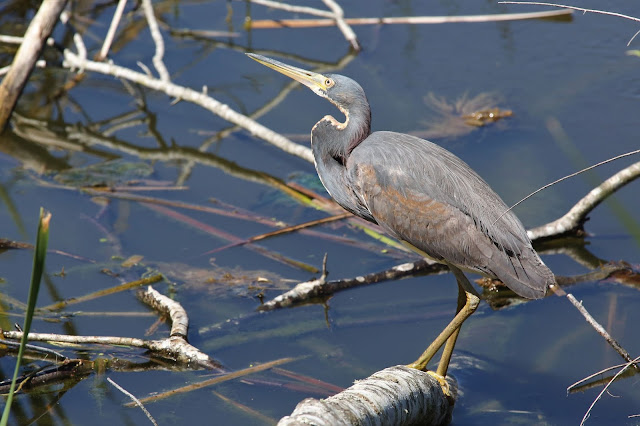 Finding nothing, he moved again. 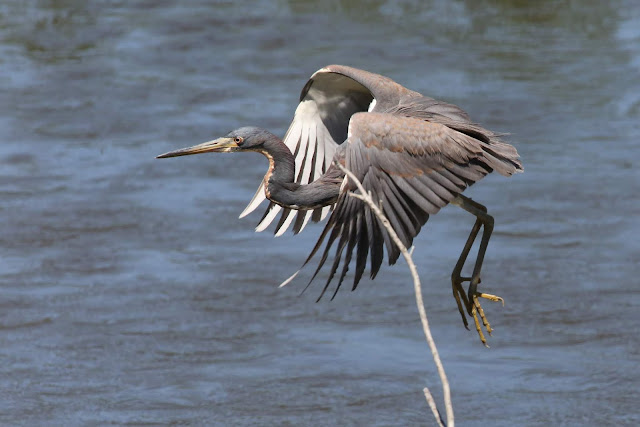 I had just gotten the camera set when SPLASH, he thrust his head into the water. I prayed it was in focus. 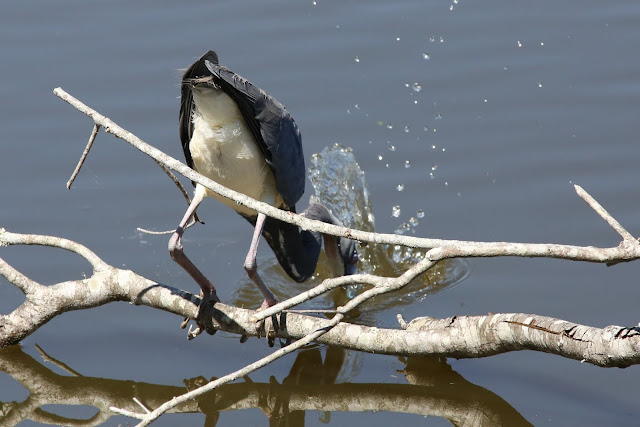 Pulling his head up, I could see he'd caught himself a snack. I was hoping he'd turn his head so I could get a better look at his fish, but he flipped his head back and swallowed it before I could get a good look. Not sure how many minnows you need to fill the crop of a heron, but I bet it's a lot! 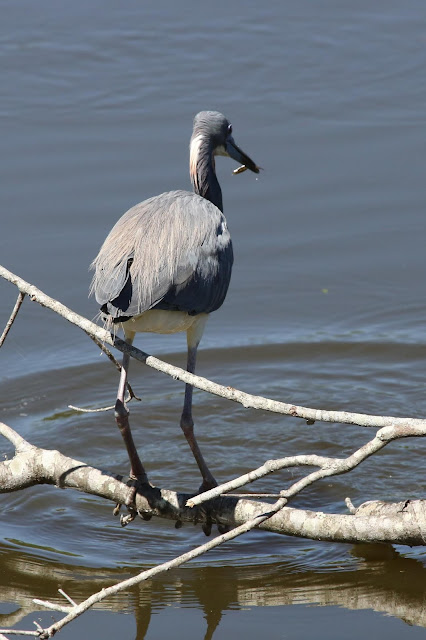